Have you ever been in a situation that you just want to escape from? A bad home life or a bad relationship? Ever wanted to go to a place that was filled with magic, adventure, and that could possibly give you a new life? No such place exists, right? Donatella and Scarlett have been imagining changing their lives since their mother left, and for Scarlett that change could only be granted with the magic of Caraval, and the creator of Caraval, Legend. Scar and Tella have been hearing stories of Caraval since they were little girls told from their grandmother. Caraval is a place described with magic and wonder, a place where you can escape your realities and dive into your fantasies, but do not forget it is only a game.
Scarlett has been trying to get an invitation to Caraval ever since she heard about the magical place. When she finally obtains two invitations for her and her sister she wants to go, but their father stops them from leaving. Scar and Tella’s father has been controlling their lives ever since their mother left him. Tella, being the “wild child” finds a way to get off the island, which forces Scar to go after her because all she wants to do is protect her sister.  Tella’s antics also force Scar to team up with a random boy, Julian to try and go through the twists and turns of Caraval. Caraval is a game that is made by Legend that has grown into so much more than game for Legend and the players. As Scarlett has to try and find her sister, she finds out what it is like to be her own person and she finds who she truly is.
I thoroughly enjoyed Caraval by Stephanie Garber!! It was magnificent for a debut book! There was so much detail in every description, and there were so many different paths taken in the book that made it an amazing story. It made you feel like you were a participant in Legend’s game. I cannot wait for Garber to come out with a sequel to this one because you’re left with questions that need answers! If you’re looking for another wonderful, magical adventure, pick this one up because it is a magnificent story. Until next time,
Keep Turning the Pages
90s Born Reader 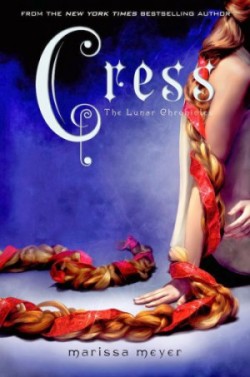 Rapunzel, Rapunzel let down your hair!
Cress has been living in this satellite away from Lunar for what feels like a lifetime. Even though she is stranded without human or Lunar contact she is supposed to keep tabs on everything happening on Earth. Well, according to Mistress she is supposed to for the Lunar Queen. To Cress the, everything is not so black and white, and she makes the decision to help Cinder and Scarlet even though they don’t know her… yet.
I still have continued to enjoy this series, and seeing where it takes you! All the twists and turns, and the continued growth of all of the characters. I highly recommend you keep going through the series. I cannot wait for he next book to come out in the series! I read some bad reviews on, Fairest, so I will probably read that closer to when Winter comes out in the fall! Until next time,
Keep Turning the Pages
90s Born Reader 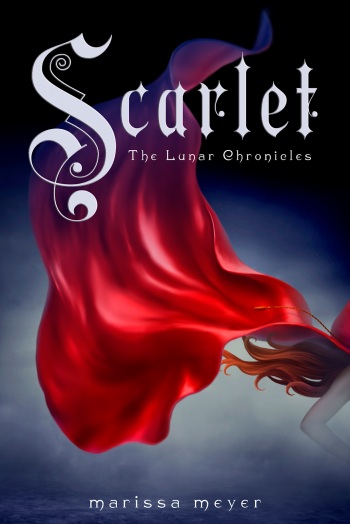 In the “The Lunar Chronicles”, we meet Little Red Riding Hood and the big bad Wolf, or Scarlet and… Wolf. Here, in a small town in France, we meet two people who Cinder does not even know she needs yet.
Scarlet has been living with her grandmother for most of her life, and recently her grandmother has been taken and no one believes her because everyone thinks that her grandmother is crazy and left of her own will. Scarlet knows better, she knows that her grandmother would not leave her on her own without telling her why. In town all people can talk about is a crazy cyborg girl who tried to assassinate the Prince…or the Queen… no one is exactly sure. When Scarlet almost starts a fight in a restaurant her family provides vegetables for, Wolf comes to her aid. Wolf is a known street fighter in these parts, and fights with a feral intensity. There’s something about him that Scarlet can’t get out of her head. It is with his help that they go on to try and find her Grandmother, but c’mon can Little Red Riding Hood ever trust the Wolf?
The second installment of “The Lunar Chronicles” was just as good as the first! I had a hard time putting the book down, or really my kindle app wherever I have it, my phone, tablet, computer. They way Marissa Meyer continues to put a twist on these classic fairytales is astounding, and I hope the third one is just as great. Until next time,
Keep Turning the Pages
90s Born Reader